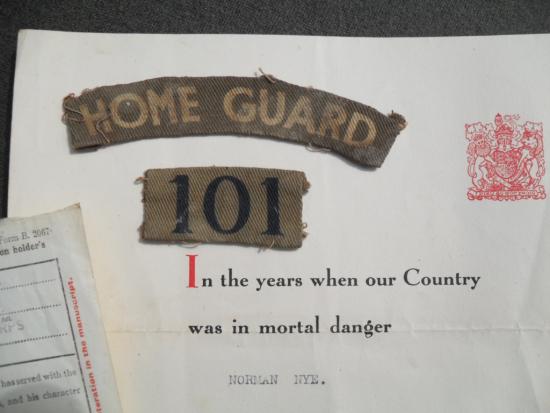 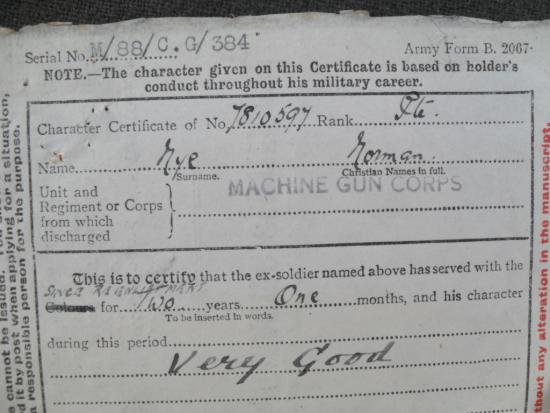 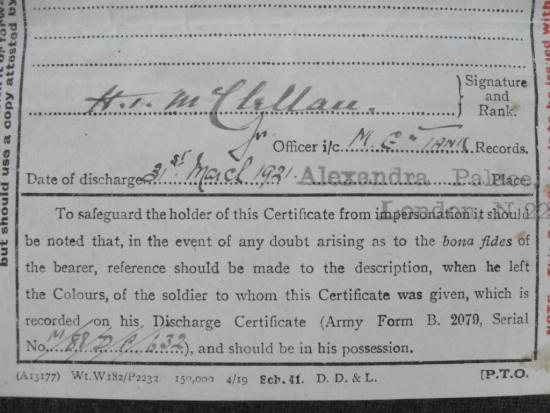 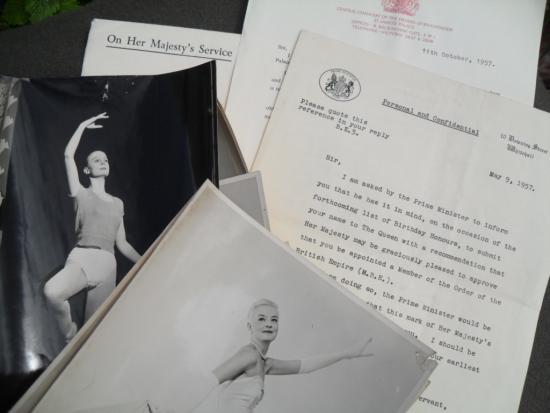 A most interesting and varied insignia & ephemera group all attributed to a Mr Norman Nye M.B.E (civilian division) a veteran of the Great war and a member of the Home Guard during WW2, Nye would also become a prominent figure in the ministry of education during the 1950's.
The group consists of his scarce 101 'Z Battery' (rocket-fired anti-aircraft) printed flash and a screen printed Home Guard shoulder title, both uniform removed.
Nye's Home Guard service certificate dated April 43 - December 44 (stand down), his 1921 dated character certificate for time served in the Machine Gun Corps (MGC) during the Great war, please note the hand written 'Since re-enlistment' on the certificate indicating that Nye was possibly wounded and re-enlisted after recovery (not researched as yet, just an assumption), a 1957 dated letter from 10 Downing Street informing Nye that his name has been put forward to the Queen and is to be considered for the M.B.E, also a letter from St.Jame's Palace in regards to protocol on the day of the investiture and lastly a collection of professional Dance studio photo's of his daughter (I presume) Valerie Nye for her own portfolio.
A nice research project including a much sought after HG shoulder flash.