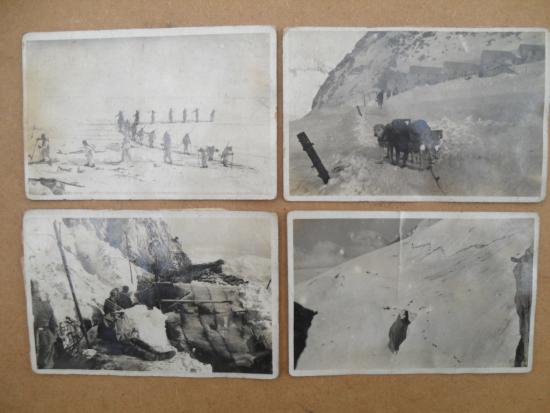 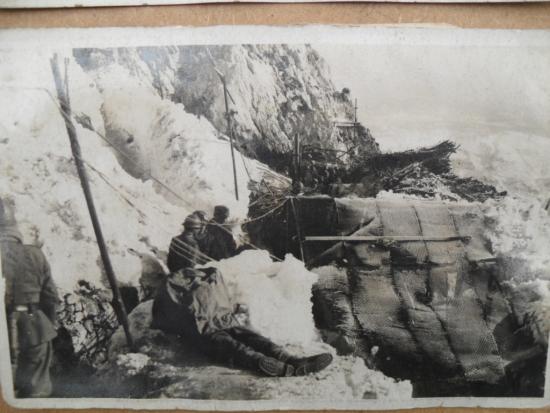 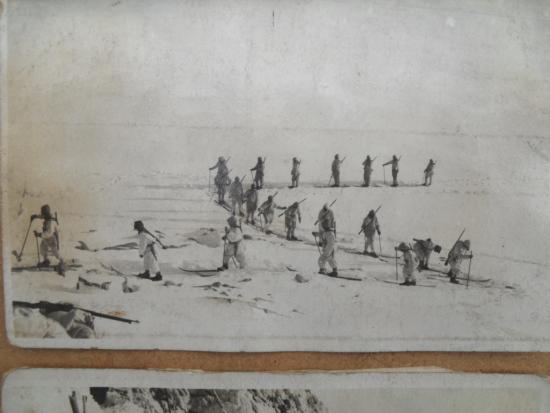 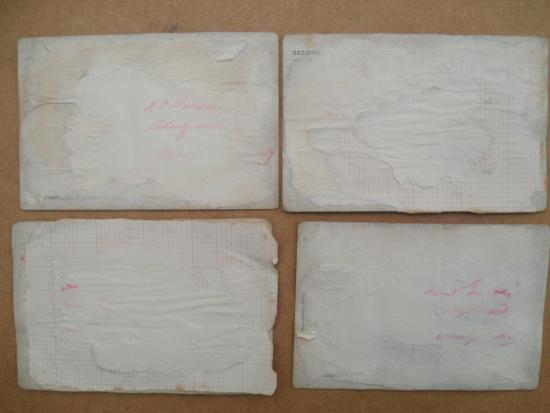 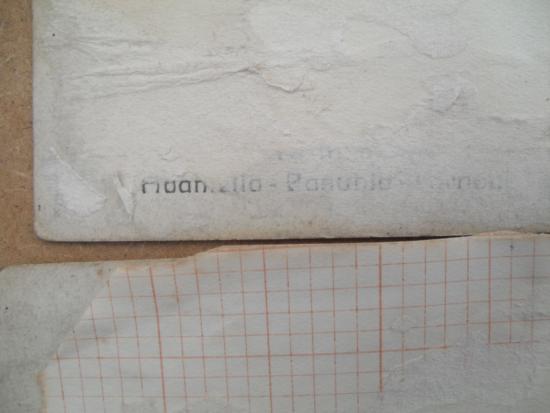 A group of four photo postcards depicting life and hardship for the Italian Alpini troops on the 'Italian front' during WW1.
Between 1915-1918 Austro-Hungarian forces fought the Alpini troops in bloody mountain warfare, merciless hand to hand trench fighting thousands of feet above sea level and that's if the cold didn't kill you first.
The photo cards are fresh to the market and belonged to a British WW1 MGC and later Home Guard veteran whom I am still researching, the photo's are of ski patrols, one taken from great distance with troops approaching a crevasse (magnifying glass recommended), another showing a dog pulled sled with troops in background and a front line trench scene were a dead comrades body is placed on the snow covered trench wall, partially covered, blood stained snow all around. also note the French style Adrian helmets being worn by the troops, much more revealed with a magnifying glass.
All four cards have been removed from an album/lined paper book, some small crease's present, one with a fold line, some paper still attached to backs.
Rare survivors.