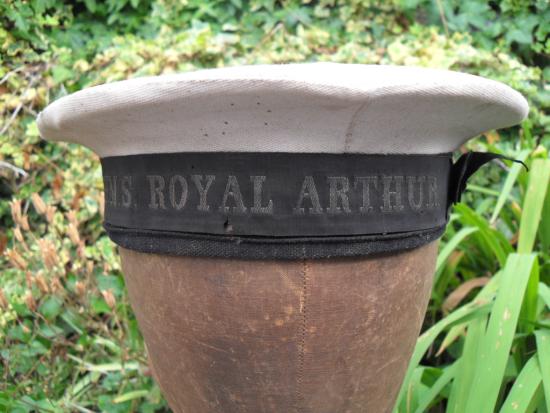 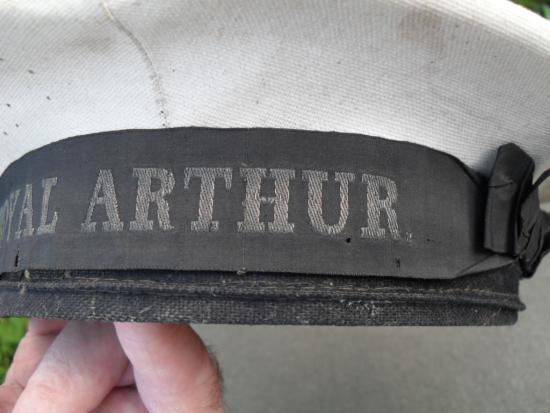 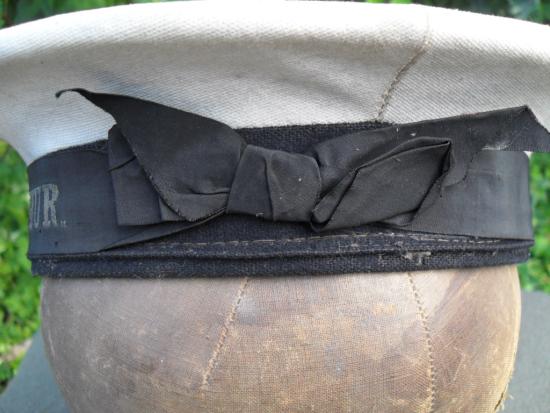 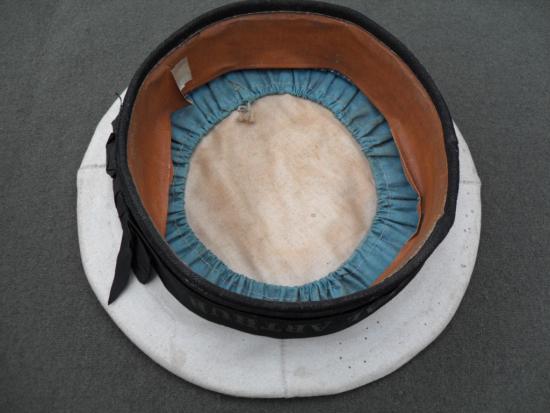 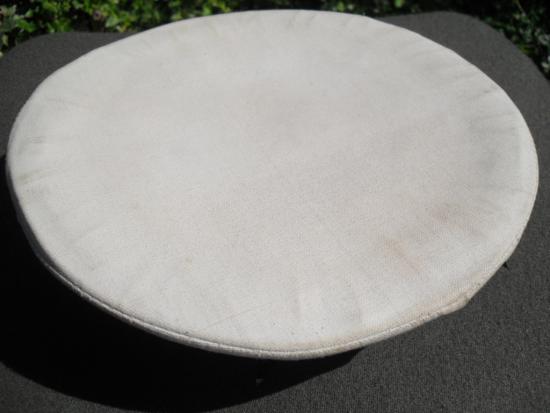 An untouched and rarely encountered Boer war-WW1 period Royal Navy rating's tropical / summer cap with its original, undisturbed ''H.M.S. Royal Arthur.'' silk tally.
H.M.S. Royal Arthur was a first class cruiser of the Edgar class and launched in Feb 1891 and saw much service in the Pacific Station, during WW1 was Guardship at Scapa Flow and later a Submarine Depot Ship, broken up in Aug 1920.
The cap with its white canvas crown has a low profile which is typical of the period unlike the inter-war and WW2 caps which have a much taller appearance, another early feature is the lack of air vents (eyelets) on the underside of the cap, later models vented, the sweatband is the waxed cotton/linen type and remains in wonderful condition for its age, approx. size 7.
The lettering on the silk tally is much tarnished with age and the actual silk now delicate, there are also a few very old insect nips present and the one hole to the front of the tally corresponds with a nip underneath proving this has never been disturbed or added on at a later date.
A rare item and in wonderful condition for its age.