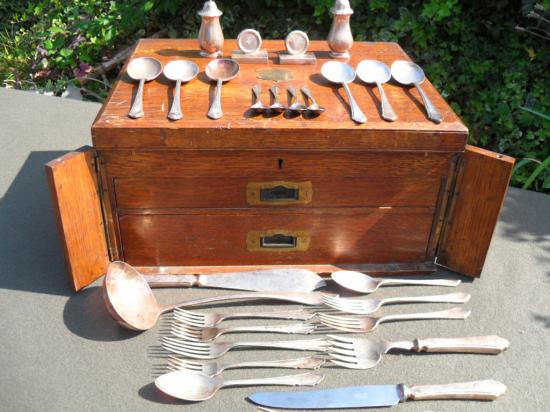 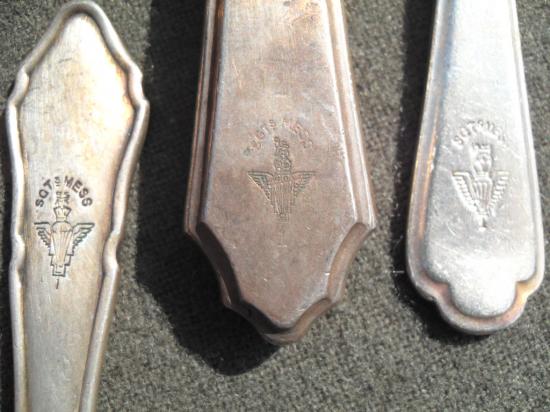 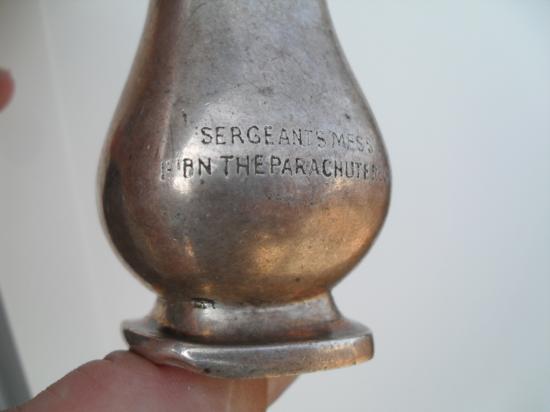 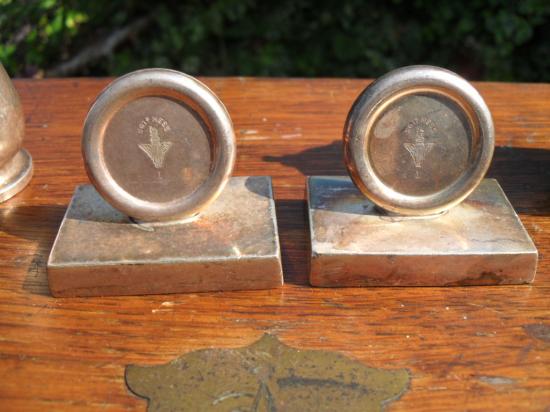 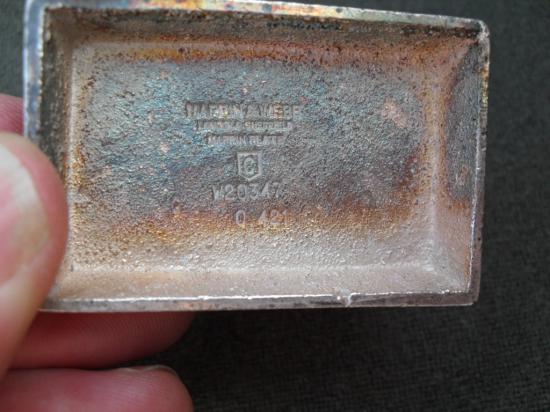 A rare opportunity to acquire a piece (or more) of late 1940's-early 50's Mess cutlery from the Sergeant's Mess 1st Battalion The Parachute Regiment, each piece bearing the regiments winged logo with King's crown seated above.
All items are silver plated and display signs of usage, none have been cleaned, left as found .
There are three different handle patterns by three different maker's with the majority being made by Mappin & Webb, the Parachute regiment logo's differ in detail with each manufacturer, slight difference's in feather detail and on the King's crown's, I believe (and only a guess) that there may have been a 'sort out' by mess staff and placed the less presentable, more worn pieces all together inside one of their campaign style cutlery boxes and then removed it from service.
The collection will be divided, sold singly and in pairs, not all pieces are shown in the images, there's more in the drawers.
An amazing piece of British Airborne paraphernalia from the Palestine, Malayan emergency and Korean war period.