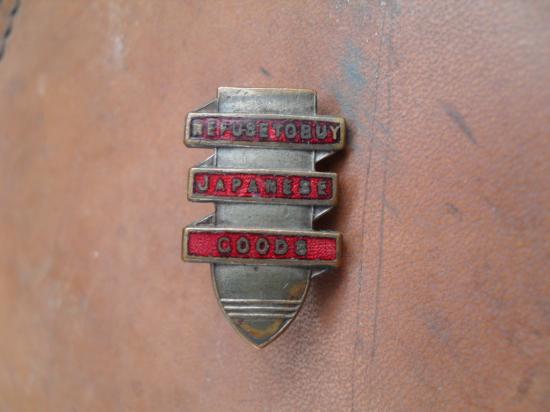 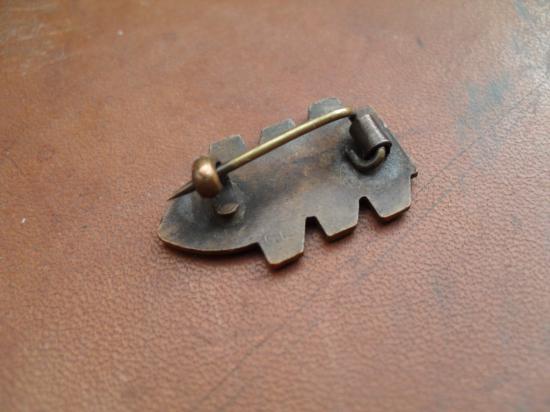 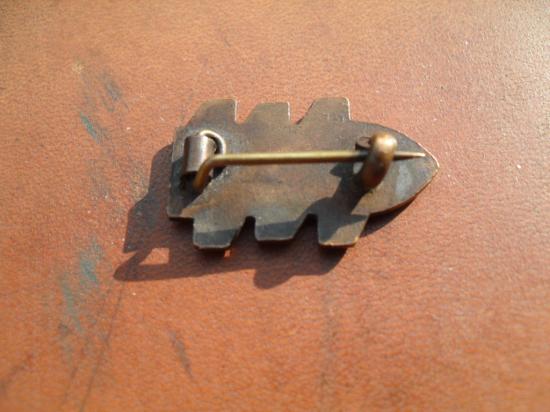 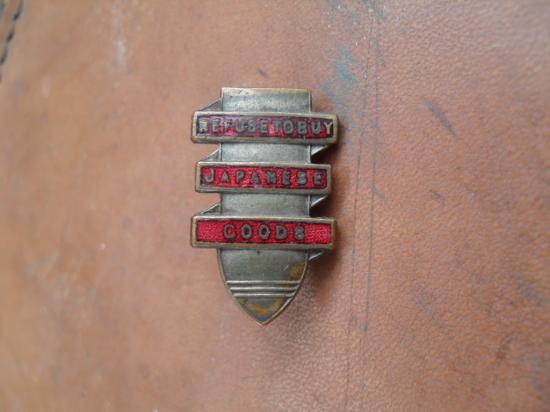 A rare bomb shaped metal & enamel protest badge worn by members of the League of Nations Union against the 1st Japanese invasion of Manchuria in 1931, the badge was allowed to be worn by LNU members at the Bury, Ramsbottom, Tottington Grammar school near Manchester with only 100 members.
The 1 inch long badge is inscribed with 'Refuse to buy Japanese goods' and mentioned on page 311 of Bill Williams 2011 book 'Jews and other foreigners, Manchester and the rescue of victims of European fascism 1933 - 40' .
The reverse side bears a tiny makers mark GL in raised relief, A rare badge, doubt will ever see another.